We Have Been Here Since the Start

A few visionaries saw the need to start a supporters organization that mimicked the rest of the futbol world. This is their story as told by our spirit animal.

What is now “The Cauldron” got its start as “The Mystics,” a random collection of people who met via the old North American Soccer mailing list. Most of them are names you wouldn’t recognize, but they were there and helped build the foundation for what we have today. Particular thanks go to Wade Jackson and Sandy Hoffman for instilling a modicum of order on the early proceedings. 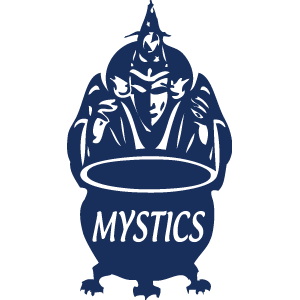 Aside for young people: A “mailing list” was one way that masses of people communicated over the Internet (AKA the “Information Superhighway”) before widespread Web use. Most of these people had .edu addresses or else they had addresses like compuserve.com, prodigy.net or, yes, aol.com. With such a high percentage of educational/early adopter users, the lack of spambots, and a general feeling of camaraderie among persecuted US Soccer fans, the level of discourse on that list, and on many sports lists like it, was exceptionally high.

We worked with the team to allow a standing area behind one goal, in an area that was not previously planned to be open. Over the course of the next few seasons, other groups popped up in the general vicinity, including a Brazilian samba band and several of those who later became the current KC Soccer Misfits; I have Matt Jordan in mind particularly, and the (sadly) late Mary Todd.

Once the area behind the goal was officially designated as a kid-friendly zone, the supporters’ section was moved to a spot along the sideline in which The Mystics sold tickets. Before the 2001 season, then-President Mike Gaughan and I met with then-GM Curt Johnson to set aside a different area of the stadium for those who wanted to stand, sing, cheer and generally make merry. At that time, we decided to give that area itself a name that was different from any one group, to make it clear that all were welcome. That became, of course, The Cauldron. What happened to the area behind the goal at that time is a story best left for another time.

Gradually, the section itself subsumed the Mystics, which is one of the many reasons why that name is no longer around today, but an astute Cauldron follower would still know some of the big names: Kevin Maschler, who is still in the section every game, but is not as publically involved, Ben Cunningham, (who is way less of a PITA than he used to be), and Robert Houghton , who took over from Ben the mantle of Cauldron leadership for several years, and still participates quite a bit from the “Cauldron Emeritus” section in Sec. 131 (where you can also find Mike Gaughan and me).

The story of The Cauldron is of growth in fits and starts, with major leaps taken after major changes. This was, I think, the first of those major positive changes. The new spot, next to the player tunnel, lent some extra energy, and what had typically been 50 people became a consistent 100-150.

When the team was put up for sale following the 2004 season, it was Cauldron leaders, past and present, who made the initial push to help rally the troops, but none of it would have happened without Greg Cotton, the current COO of Sporting Club, who had the energy and love for the game of a Cauldron member, and the connections of a young associate at a big law firm.

We’re fortunate in dozens of ways that things with the sale turned out the way they did, but one of the best by-products of it was that Jeff Szajnuk and, by extension, his (at some point around then) roommate Sean Dane got activated by this noble quest. 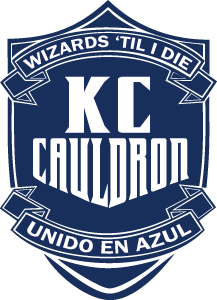 The 2005 and 2006 seasons were defined by the search for ownership in some ways, and 2007-2010 by transition, but they were also defined by the excellence of the tailgating, in particular that run by the Wings of a Sparrow team, headed by the smoking skills of George Hanson and his crew.

After the successful purchase of the team by the group known as OnGoal, The Cauldron became its own section of the stadium for the final season at Arrowhead. This was another of the events that helped bring growth; for the first time, people without any connections could ask for those specific seats at the box office or online, and have some idea of where they were headed.

Another of these jumps in growth came with the move to CommunityAmerica Ballpark. There, working with The Cauldron, the team purpose-built a section for the supporters onto what had been a grass berm area. While this area of 650 seats was far larger than even the biggest Cauldron that had been present for a match to date, the group grew into it, and by midway through the three-year stay at CAB, it was full for the majority of games.

In 2011, along came Sporting Park, the 2,000-seat Members’ Stand and the attached 8,500 sq. ft. Members’ Club, and a new name, crest and kit for the team itself. The club and purpose-built section for the supporters are unique to North America, and rare even worldwide. 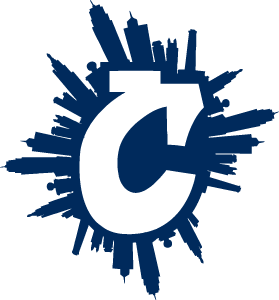 The Cauldron members and new leadership, headed by Sean Dane and Jeff Szajnuk, were up to the challenge, overseeing the creation of enormous new banners to match the scale of the building. Over the course of the season, interest exploded in the group, and in the team as a whole, bringing us to today, where the season tickets in the section are sold out, with only a few hundred remaining for The Cauldron to sell.

What you see today, including the basic organization of The Cauldron, is the product of several years of trial and error, with an underlying focus of enabling people to do their thing rather than doing it for them. The team itself works with The Cauldron on a macro level on big-ticket items, and on messaging.

The Cauldron, in turn, works as a loose association of independent supporters’ clubs, including local groups like the King City Yardbirds, the KC Soccer Misfits and the ironically-named Brookside Elite (at least, I hope it’s ironic). Further, there are regional groups, like the Mass St. Mob in Lawrence, the CoMo Cauldron, Southern Voodoo in southern Missouri, and groups as far afield as Tulsa and even Milwaukee (though they appear to have liked KC so much, they’re moving here).

These independent groups do their own thing, including making their own scarves and other gear, and work with The Cauldron umbrella organization as need be. While it may seem at times like the proliferation of these groups represents a “Monty Python’s Life of Brian”-style Balkanization of support (The Northlander = The Popular Front of Judea), it is, in fact, the whole idea of the independent supporters’ clubs. By giving those groups a support system and a voice, they have grown and enriched the section (and the stadium) as a whole beyond anyone’s wildest expectations.

This concept is even playing out in other areas of the stadium, with the South Stand SC working as an umbrella for other like-minded folks (The Boulevard Battery, The Wedge, Ad Astra SC) to build active support on that side.

I was there at the beginning, and one of the big reasons I started working for the team five years ago was to see what we could do on the team side to help the supporters’ culture grow. The success has been beyond anyone’s wildest dreams, but it isn’t because of any one program, or even a couple of people, and it didn’t happen overnight. It took dozens of factors, plenty of false starts, and more than a little dumb luck. Most of all, it took the commitment of the ownership to lay the foundation, and the efforts of dozens (nay, hundreds) of people, mostly volunteers, to make it happen.

At the two recent banner-painting events in the loading dock at Sporting Park, I had a really hard time holding back tears when I saw all the hands there helping out, whether they were working on their own group’s banner or one of the big group banners for the parade.

The purpose of laying out some of this history is to give those who are new to the supporters’ culture just a bit of the background, so you don’t mind too much when the old-timers grumble about this or that. It took (and takes) lots of volunteer work-hours to make the extraordinary atmosphere at games happen. If you’re new to it, don’t be afraid to pitch in when the call goes out for volunteers, even if you’ve never been to any of these events before. Someone will be there with a beer and a smile, ready to welcome a new face, and certainly happy to have the help.

If nothing else, when you’re in the stands at a game, wherever you may be, make sure the team on the field (all three of them, really, even…especially?…the yellow team) hears your voice, loud and proud, because, in the end, that’s what it’s all about. Yes, the game itself is more important than banners, songs, or tifo displays; it’s a game that connects people from Lawrence, KS to Columbia, MO; Boston, MA to Boston, Suffolk; and New Madrid, MO to Madrid, Spain.

Have fun, and keep the stadium rocking. 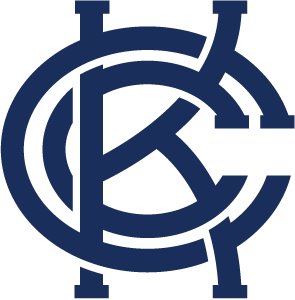 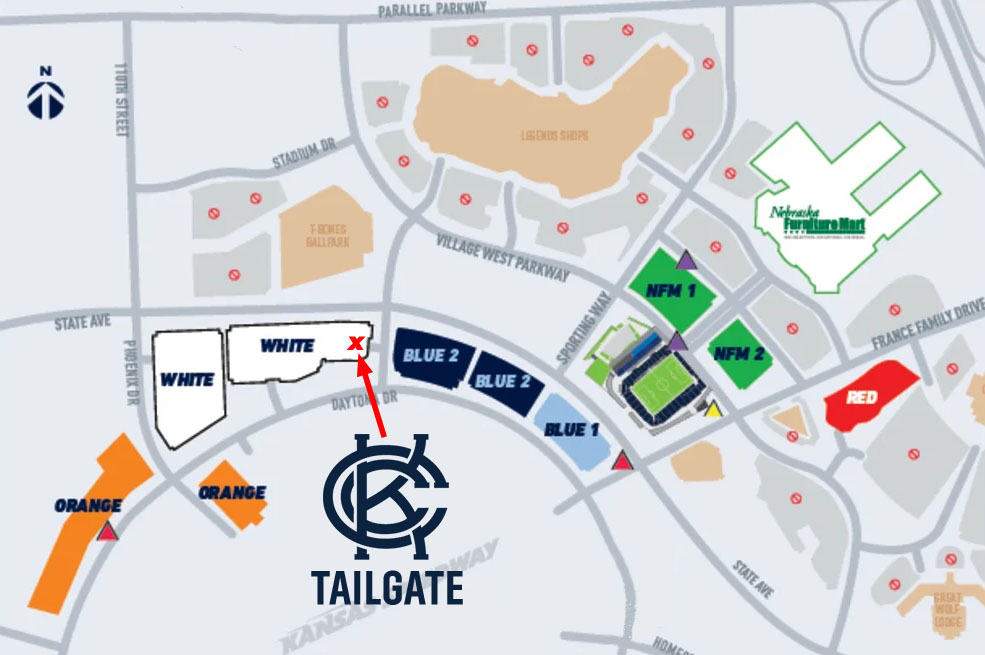 Stay Up To Date

Stay in the know with our newsletter. There is always something on the Cauldron dance card and this is the best way to stay informed.